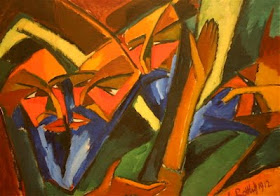 The Pharisees and the scribes were not always bad examples. After all, they were responsible for keeping the faith alive during times of persecution. They were God sent! This is why they were successful. They were lay people who loved God above all things and had sacrificed everything in order to ensure that the next generations would know and love the one true God. But as time went on, they lost their identity and with that, their God given mission. This is the reason why Jesus condemned them. They had become corrupt. They were supposed to be the spiritual leaders – rich in the Lord. Instead, they were morally and spiritually bankrupt, a heartbeat away from Gahenna. Instead of being interested in shepherding their flock, they spent their time filling their bellies and pockets and keeping their places of honor and privileges. For this reason, the Lord prayed to the Father to send more men after His heart.

The Pharisees and scribes were well established. If the establishment failed, they would fail. They became resentful and became Jesus’ biggest critics. This was their problem. This could become our problem as well. What happened to them could easily happen to us. A very good indicator that you’re in the wrong place is when you have everything to lose.

Today’s Gospel forcefully reminds us that we must be careful about falling into conformity, mediocrity, and illusions with ourselves and with our world. Success is the result of fidelity. Success is great, “you will know them by their fruits”, but if you compromise on your principles or morals trying to achieve it then it will be as fleeting as a shooting star. “The triumphing of the wicked is short, and the joy of the hypocrite is but for a moment.” (Tobit 20:4-5) We are all called, by the Lord, to move from “Good to Great”; from looking good to being good. We have to be what we claim to be. Otherwise, we will fall and fail.

“To be rather than to seem!” This is North Carolina’s state motto and it should be mine and yours too. Regardless of where we are or what we are doing, we are called to stand up for God and to stand behind one another. This love is what molded the Christian communities of old. The Pharisees didn’t have followers, they had members. Christ had followers. We all need to walk towards Christ. We know that if we do not stand up for something, we will fall for everything! And if we do not stand by the one true Savior, we will die! When was the last time you heard from a Pharisee or a scribe?

The Catholic Church grew in number and in holiness because its followers followed the greatest example – the Lord. They spoke up when it was inconvenient. They believed when it was dangerous. They loved when it was impossible. They grew because the root was Christ and they were bound to one another. They really believed, and that made others believe too. They became a model for living, working and gathering together. What did they expect? Nothing! What did they have? Christ! What did they get? Holiness and Peace. “My peace I give to you!”

Today, I will defend my faith, my Church, my Savior and my God. I will “proclaim God’s marvelous deeds to all the nations!” (Ps 96:3) I will be what I claim to be.