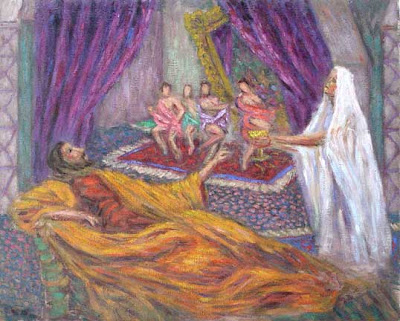 I remember, back in my seminary days, enjoying two weeks of vacation in Sorrento. It would take us nearly an hour to arrive to our destination as we literally passed by thousands of olive trees bathing in the Mediterranean sun that would eventually produce some of the greatest olive oil the world has seen and tasted. After a long walk starting in the rolling hills of Sorrento, we began our final descent towards the beach. As we invaded our little portion of the Sorrentine beach (there were roughly 200 of us going down the hill at pretty much the same time) we would almost immediately cause a negative reaction among the people who were enjoying that stretch of land. Most of them would simply pick up their belongings and leave. Others would attempt to sunbathe, but with so many people, and so much noise, they too would eventually leave. I recall one encounter with a rough looking man who was fishing. He looked perplexed. I can understand why. All of us were dressed inappropriately for the beach. We all wore white polo shirts and long slacks. How’s it possible? Slacks on the beach? He asked me, “Who are you?” I replied, “Seminarians...Catholic seminarians!” He thought for a moment but still remained perplexed. He wanted to say something, but was a little hesitant. Finally, he said it: “So, you will never get married.” I answered back, “Correct.” But he still looked perplexed – even more so. Looking around at all the men, he could hardly believe his eyes. SO he asked, kind of sheepishly, “Why? You are so young!” I asked him, “Are you married?” “Yes I am.” I continued, “Well, didn’t you say no to all the women in the world except for your wife?” He answered, “Yes.” I continued, “Well, I said no to all the women too, including your wife.” He looked at me, smiled, and said, “You did well.” He no longer looked perplexed. In fact, he looked kind of envious.

Herod looked perplexed, surprised, maybe even confused. But deep down, he was envious. His life was a teeter totter of constant pleasures and constant frustration; constant bloating of his ego to fill a constant emptiness in his soul; his days were saturated with on-going - 24 hour - entertainment to fend off his nightmarish loneliness. His life was a mess! He envied the mystery of the Son of Man. Christ was a mystery and he was a well read, worn out textbook. Those around him knew what buttons to push, what words to say and what things to do. King Herod was a robot, a lifeless creature that was little by little, inch by inch, being moved and swayed by his enemies, his family and his darkest thoughts. Herod was your typical party animal! Vanity of vanities (Eccl 1:2-11). He kept trying to see him. But how? There were too many masks on his face.

Hollywood has done an incredible job convincing so many people that to be a saint means to live a boring life. Whereas, if you want some thrill, some excitement, some adventures, then you have to break the rules. After all, that’s what they are there for. Hollywood has done a fantastic job in creating a big lie.

Pope Benedict on his journey to England was asked by a reporter how the Church can appear more attractive. His answer was stunning and shocking. “A Church which seeks above all to be attractive is already on the wrong path, because the Church does not work for herself, she does not work to increase her numbers and her power. The Church is at the service of Another. She serves not herself, not to become strong; rather, she serves to make the announcement of Jesus Christ: the great truths, the great powers of love and reconciliation which appeared in Him and which always come from the presence of Jesus Christ.”