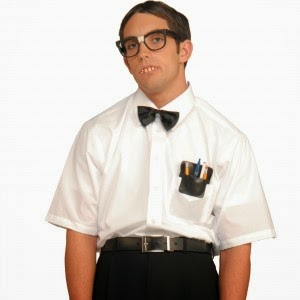 “I give praise to you, Father, Lord of heaven and earth, for although you have hidden these things
from the wise and the learned you have revealed them to the childlike.”

“The more a man looks at a thing, the less he sees it, and the more a man learns from a thing, the less he knows,” declares G. K. Chesterton in his essay, “The Twelve Men.” Speaking of the twelve random people summoned for a jury, Chesterton remarks that their very lack of expertise qualifies them to judge the fate of a certain criminal’s case. Unlike the judge, or the police officer, or the attorney, non-experts have no knowledge or experience to prejudice their judgment. All they have, and all they need to have, fairly is their common humanity.

The expert, on the other hand, has many prejudices that he has cultivated through experience. In many ways, this is natural and quite necessary to accomplish his job efficiently and effectively. He should know what to expect, what certain patterns suggest, what courses of actions are available, what normally works and what normally fails. An expert on sickness, the doctor’s knowledge and experience will guide him as he diagnoses and prescribes. An expert on building, the engineer knows quickly which plans and materials will accomplish the job, and which will not. Equipped with an extensive knowledge of the law, the lawyer knows what cases he can make for his clients and their likelihood of success. Without question, many people will prefer to consult with an expert, and they will pay a good amount of money to do it. Hence, most people often strive to become experts in something to maximize their value in society and then convert that value into wealth.

However, expertise comes at a cost. As he gains experience, an expert will often lose sight on the meaning and inherent beauty of his work. As he relates his experience of learning to navigate a steamboat, Mark Twain laments the loss of feeling he used to have for his surroundings. Speaking about the Mississippi River which delighted him in the past, he remarks, “No, the romance and beauty were all gone from the river. All the value any feature of it had for me now was the amount of usefulness it could furnish toward compassing the safe piloting of a steamboat.”Expertise brought him mastery, but it took away his wonder. Most jobs will have this effect on people. They learn of a thing’s utility, but lose sight of its meaning.

Experts also have a bad habit of abstracting everything, extracting a particular idea from the whole reality. They see everything in terms of their job.Doctors do not see a person; they see a patient. An accountant does not people’s actions; he sees their data. Speaking for myself, as a teacher, I will frequently neglect the human side of my job because of abstraction. I see my students as readers and writers, whose value I pin to their latest essay score and grade point average; only occasionally will I remember that they have lives outside my class. Even with myself, I frequently see myself as a paper grader and writing coach, not a human being who loves literature and the English language. Although thinking this way may make me better at my job, it also makes me much more narrow-minded as a human being.  I will figure out ways to maximize a student’s AP testscore, but outside their reading and writing ability, I will know next to nothing about who my students actually are. Because this condition worsens over the course of the year, at least for me, the summer offers a chance to restore my humanity, so I can start the next year with a relatively fresh perspective.

In general, the matters of the greatest concern like the life of a person, the greatness of God, virtue, or leadership cannot be solved by experts. When society tries rely on experts for these matters, problemsinevitably occur. Ethicists often have the worst ethics of anyone (like Harvard’s Peter Singer). Scientists, men who study God’s creation, and not a few Biblical scholars, men who study God’s word, often have the least idea about God and His Will. Far from being philosopher kings, the most credentialed professionals from the most prestigious universities all too often make the worst leaders—consider, out all the American presidents, Woodrow Wilson and Barack Obama have the most formal education.

In those matters of greatest importance, one must seek out non-experts, people who have little experience with the matter at hand. In picking His twelve apostles, Jesus picked out non-experts, men who had more experience with fish, collecting taxes, and making tents than they did with theology and philosophy. Fortunately, what they lacked in expertise, they made up in humanity. They had the vision that the expert rabbis and scribes lacked. They had open hearts that could receive Christ’s words, not the stony hearts of the Pharisees. Like children, they did not have the same prejudices as the experts, and like children, they were humble enough not to test Jesus. They did not want Jesus to prove Himself to them; like children, they wanted to prove themselves to Him. For this reason, God reveals His truth to them.

And why would God reveal His truth to Jesus and His “childlike” disciples? Because Jesus Himself was the supreme non-expert. Unspecialized and lacking any credential yet open and obedient, He was the most childlike of all men. Jesus Himself teaches what it means to be a true child of God. If one could call Him an expert at anything, he should call Jesus an expert of humanity. Therefore, should one seek advice on how to find meaning in humanity, that person can look at the life of Jesus and find his answer.
Posted by Fr. Alfonse at 7:59 AM