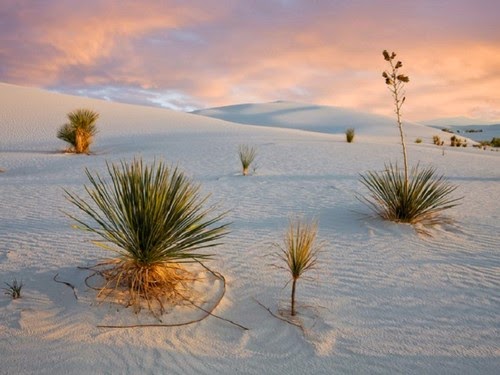 By BENEDICT AUGUSTINE
“A sower went out to sow.
And as he sowed, some seed fell on the path,
and birds came and ate it up.
Some fell on rocky ground, where it had little soil.
It sprang up at once because the soil was not deep,
and when the sun rose it was scorched,
and it withered for lack of roots.
Some seed fell among thorns, and the thorns grew up and choked it.
But some seed fell on rich soil, and produced fruit,
a hundred or sixty or thirtyfold.”

The parable of sower discourages three qualities in the Christian disciple: pride, vanity, and sensuality.(Fr. Alfonse wrote a great post on these three qualities a few months ago.) The proud person cannot accept anything outside himself; he refuses to accept others’ words because he feels better than others and their words. Nothing can reach his heart; hence, Holy Scripture describes him as “hard hearted.” The vain person accepts all things indiscriminately without the intention of commitment or understanding more deeply. The vain person cares about others’ opinions more than the truth, so he will agree with everything at least superficially to receive others’ praise. The sensual person accepts certain ideas, but these ideas will never grow since vices and addictions will easily crowd them out.

Common sense should easily discourage these qualities in anyone, let alone a Christian. Pride, vanity, and sensuality would hamper any human being fromreaching his or her potential. However, only the outsider can observe this. The person enslaved to their own opinion, others’ opinion, or their own appetites truly believes that fulfillment will come through satisfying their master. The proud person really thinks his stubbornness and ignorance are noble and brave since he has truly asserted hisindividuality and rejected the deluded masses. The vain person earnestly thinks that his popularityreflects a rich and rewarding inner life. The sensual person never doubts that he can refill his happiness with another meal, another fling, or another episode,much like a driver refilling his car with fuel. Help for these poor souls has to come from outside from people who can see the harm. Unfortunately, most people on the outside struggle with the same problems, and they feel unqualified to judge. Furthermore, informing a person of their pride or sensuality only invites and conflict, so most people will not bother.

In this way, common sense degenerates into common senselessness. Modern convention has in fact formalized this senselessness into a program recommended for all modern people. Starting from a young age, children quickly learn to be proud, vain, and sensual. Schools teach it; media endorses it; and governments and businesses thrive off of it. Even churches compromise and adopt the same strategies to “enhance” their message. Obviously, due to their negative connotations no one will support these three qualities as pride, vanity, and sensuality; they simply give these things vaguer less recognizable names: skepticism (for pride), relativism (for vanity), and materialism (for sensuality).

The proud souls of today can rebuff any unfamiliar or unwelcome idea with a hefty sense of doubt. As conventional wisdom dictates: “Science teaches one to doubt”; “Experience teaches one to doubt”; “The only thing in life that is certain is uncertainly, “etc.Originally, adopting this kind of doubt meant questioning things in life in order to better understand them. Socrates doubted, but that did not stop him from seeking answers. St. Augustine and St. Thomas Aquinas always used the doubtful position to better develop their philosophical and theological arguments. Descartes doubted, but he used this as the thrust for modern experimentation and inquiry. Recently, doubt has led to the reverse of seeking the answer; doubt now means questioning things in life in order to avoid answers. Stubborn atheists like Bertrand Russell or Stephen Hawking use doubt as a way to mask their pride. Brilliant men like them struggle the most with accepting a truth that renders them human like the rest of the world. They, and many other atheists, think they lose themselves when they admit their status as God’s creation. Sadly, this makes them easy prey for forces of despair, delusion, and cruelty.

Skepticism, of this kind can often morph into relativism, an acceptance of all truths and falsehoods. While intellectuals like David Hume or Christopher Hitchens participate in debates and write books justifying themselves, most normal people would rather take the path of least resistance. They take utterly nondescript phrases and pattern their life around it: “It’s all good”; “There’s no black and white, just shades of grey”; “Everything is relative, or subjective” etc. They use Jesus’ command to “Judge not” and take that as a free pass to accept everything. Unfortunately, in accepting everything, they ironically reject everything.  They see both sides of an issue, so they have no answer. They see the merits of both politicians, so they don’t vote. They believe all religions are true, so they never practice. Underneath this veneer of tolerance, most relativists see onlythemselves as the paragon of goodness and ignore the rest. In not judging anyone, they often judge everyone for being judgmental in some way. As they wallow in indecision and self-admiration, they allow their souls, and whatever truth their souls contained,to stagnate and wither away.

Finally, when the soul has lost all its energy and has effectively emptied, materialism takes over. The only truth that matters becomes the truth that one can hold on one’s hands, not in his mind or heart. Unlike skepticism, which requires a person to actively reject something, and relativism, which requires a person to actively pretend to accept all things, materialism demands nothing but perpetual consumption. Materialists value money over meaning, feeling over thinking, and distraction over direction. Those who succeed in making money buy everything they can to make themselves happy: a big house, fancy toys, and often, an attractive lover or spouse. The vast majoritywho do not succeed in making so much money spend their lives envying those who do. In either case, pleasure soon dissipates into empty addiction, and what once brought pleasure now only brings a momentary relief from pain. Needless to say, these material concerns will easily marginalize the spiritual ones to the point where the soul lacks the sense orthe sensitivity to receive the Word and nourish it.

This leaves Christians in a strange place that exists outside what modern society can account for. Assuming they turn away from the ideologies of the day and towards Jesus, they will show humility, compassion, and piety.  They will accept the Word, share it with others, and open their hearts to God.Nourishing the Word, one can bear the fruit that contains the seeds that can give rise to more plants. Only in this way, this timeless way, can one find true happiness and bring that happiness to others who cannot even recognize it anymore.
Posted by Fr. Alfonse at 7:29 AM